No draw extensions, ever. Thats our promise!

Open to UK & NI Only

Ali won our last Lego Side quest! Are you winning this one?

Children become heroes in their own epic stories with this cool LEGO® brick version of Luke Skywalker’s X-wing Fighter (75301) from the classic Star Wars™ trilogy. It’s packed with authentic details to delight fans, including an opening LEGO minifigure cockpit with space behind for R2-D2, wings that can be switched to attack position at the touch of a button, retractable landing gear and 2 spring-loaded shooters. The X-wing features an opening LEGO® minifigure cockpit, space for R2-D2, wings that can be switched to attack position at the touch of a button, retractable landing gear and 2 spring-loaded shooters.

Fun to build and play with solo or as a group activity, this building toy makes a super birthday present, holiday gift or surprise treat for creative kids and any Star Wars™ fan aged 9 and up.

There are also 2 LEGO minifigures: a TIE Fighter Pilot with a blaster pistol and Stormtrooper with a blaster, plus an NI-L8 Protocol Droid to inspire fun creative roleplay and storytelling.

The LEGO Group has been creating brick-built versions of iconic Star Wars starfighters, vehicles, locations and characters since 1999. It’s become a hugely successful theme with an awesome assortment of toy building sets and the best gift ideas for kids and fans of all ages.

Fans can build their own missile-shooting LEGO® brick version of the iconic Imperial TIE Fighter (75300) and reimagine scenes from the classic Star Wars™ trilogy with this buildable playset.

Includes 2 LEGO® Star Wars™ minifigures: a TIE Fighter Pilot with a blaster pistol and a Stormtrooper with a blaster, plus an NI-L8 Protocol Droid LEGO figure for role-play adventures. 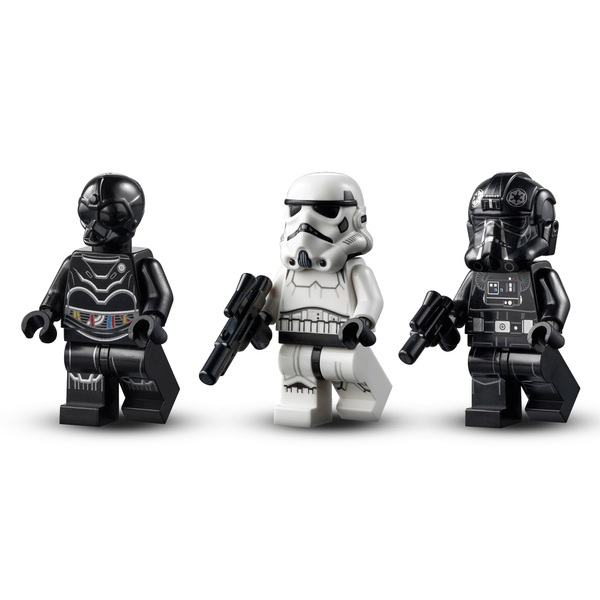 Great for solo building or sharing the fun with friends and family, this set makes the best birthday present, holiday gift or surprise treat for creative kids and any Star Wars™ fan aged 8 and up. 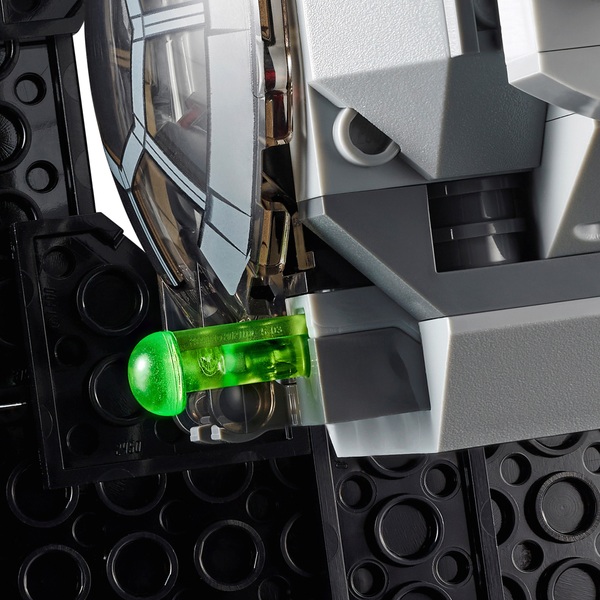 Looking for an engaging building toy for a child who is new to LEGO® sets? This 432-piece Star Wars™ set comes with clear instructions so they can build independently and with Jedi-level confidence.

LEGO® Star Wars™ sets are fantastic for kids (and adult fans) to recreate scenes from the saga, play out their own creative stories or just build and display the collectible construction models.

Ever since 1958, LEGO® components have met stringent industry standards to ensure they are compatible and connect consistently – no need to use the Force.

The competition will close on the end date listed or as soon as the tickets sell out.
There is only 1 prize unless otherwise stated.
The promoter is CompCity Limited, Registered company number 13005436
Restrictions: 18+ UK & NI only
By entering our competitions, you confirm that you have read and agreed to our terms and conditions.
The update & live draw will be on “CompCityUk” Facebook page.
You can watch the LIVE draw on our Facebook page - Make sure to follow CompCityUk to keep updated!

When will the competition end?
This competition will end on the closing date or once all the tickets are sold. No draw extensions, ever. Thats our promise!

How do I get my ticket numbers?
All ticket numbers are randomly generated and allocated with your order, please check your order confirmation (check spam as it sometimes ends up in there) or your order history in your account.

How will the winner be selected?
Once the competition closes, for complete fairness and transparency, we go Live via Facebook and Twitch and we use Google’s random number generator to as its name-sake suggests; select a lucky entrant at random. For example: If 250 tickets are sold, the number generator randomly selects a number between 1 and 250 – The number selected could be yours!
This is a 100% random selection and we have absolutely zero control over who wins these fantastic prizes.

How will the winner be announced and notified?
The winner will be announced live on Facebook. Once the winner has been announced they will be notified via email, Facebook or telephone during or after the live draw. Please see the “Winners” section of our T&C’s for more information.

How will I receive the prize if I win?
We will contact you directly to arrange delivery with you. We will always use a trusted courier with a tracking service to ensure the safe delivery of your item(s).

Will you use the winner's information publicly?
Yes, but we’ll only use your first and last name to announce and confirm the winner on our live draws and Social Media platforms, including our Website and E-mail alerts. No other information is shared.